Welcome to Toronto’s Old Town neighbourhood near the St Lawrence Market – an area with roots dating back to 1793 when this city of now 3 million people was founded.

With bike lanes, historic parks and plenty of boutiques, cafes and bars you’d normally find throngs of tourists and office workers strolling along sidewalks but its mid April and a month since the city started reacting to the Corona Virus Pandemic.

Here on Lombard street we caught up with Sameer Mohammed outside the first of his three Fahrenheit Coffee locations. Much loved by his many regulars who usually pop in on their way to work as well as through the day, Fahrenheit has been voted Best Specialty Coffee House many times over since its foundation in 2012.

Just a month into Toronto’s response to the Coronavirus pandemic, Sameer has had to close his newest location, and in order to keep the other two open he’s had to reduce staff headcount, added to the takeout menu plus stepped in to work behind the counter.

Podcast Transcript
[intro music] 0:00
impact of COVID-19 we all knew this was going to be a tough time. [intro music] 0:05
We need to wrap our minds around a painful truth. We’re in the early stages of what is going to become a series of cascading crises. Getting back to [intro music] 0:23
the extraordinarily successful country and economy that we’ve had, that we built over so many generations however long it takes

Qasim Virjee 0:41
Hi, I’m Qasim welcoming you back to the second episode of a new normal start Will’s podcast focused on chronicling the experiences of entrepreneurs and innovators working through the pandemic in downtown Toronto. For this the second episode, we caught up with Samir Mohamad, in old Toronto to hear how the pandemic is affecting his award winning specialty coffee business called Fahrenheit.

Sameer Mohamed 1:06
i My name is Samir Mohammed. I’m the owner of Fahrenheit coffee here in Toronto, we have three locations. Lombard and Travis, where we are right now, one in Portland in Richmond, and one at Richmond in New York. The Richmond, New York one is currently closed during the pandemic.

Qasim Virjee 1:24
So, tell me a little bit about the kind of what’s normal for Fahrenheit. And up until let’s say, a month ago, or last few weeks, it’s been normal for your company, what’s the day to day look like?

Sameer Mohamed 1:36
Normal at fair night typically means that we have two people on staff at any given time of peak hours, or we have lineups at the door. So about like maybe from like 8am to about 11am Takes a Dip and then you get another surge around 2pm goes on to about 3:30pm. And that’s consistent across

Sameer Mohamed 2:03
Well, naturally, we’ve seen a big decline. We’ve had to scale down our staff to having one person per shift. We had to reduce our hours by two hours per day. Except Sunday Sunday’s just maintain shorter hours is what we had anyway. And yeah, the closure of the assembly hall location in Richmond in New York, that’s probably the biggest thing. And that’s all. That’s all as a result of the reduced number of customers that we have and how we’ve had to adapt to a strictly takeout menu.

Qasim Virjee 2:38
Now your shops are have a small footprint. Typically, you rely on takeout or fast turnover of your clients is then helped you do you think be able to continue staying open?

Sameer Mohamed 2:49
Well, I think one of the things that we saw as an advantage that we have is being able to pivot into being able to be to pivot to a takeout model entirely was really simple for us, because I think 80% of our sales as a was was takeout. So that being said, being able to restrict people from staying was fairly simple. We just had to tuck away the stools. The other thing that we ended up doing this, we had an offering on the menu that would be served strictly to stay, we now offer that to go. And it’s just something that we’ve had to do just to stay alive.

Qasim Virjee 3:29
What about products? Do you sell a little bit of ancillary products, coffee and bags, things like that? Yeah, I mean, mine to take home still?

Sameer Mohamed 3:37
Absolutely, I think I think we’ve seen an increase in the number of retail bags of coffee that people are buying. And people are trying to stay at home as much as possible, which is definitely something that we’d advise as well. And that’s obviously helped keep the sales to a point where we’re not thinking of closing our doors as yet.

Qasim Virjee 4:02
What other changes have you had to make in the last few weeks to be a bit more nimble or react to the changing market conditions.

Sameer Mohamed 4:09
That’s obviously a reduced number of staff, we’ve got just two members of staff at either location, I’ve had to take on a couple of the load myself. So I’m splitting my time evenly between well, just sharing the time entirely with the other member of staff at Richmond important location. So being behind the bar obviously saves us a lot of money. Myself, I wasn’t as active behind the bar in the last year. Obviously, like, it’s whenever necessary, I got to be there. So I gotta step up. I had to be there.

Qasim Virjee 4:45
What are you thinking? The next few weeks or months might look like for your business?

Sameer Mohamed 4:53
It’s so difficult to predict because we hear like, I mean, we’re in such a dynamic, dynamic time right? Now the diamond dynamic area that we don’t know what’s going to happen next week, we don’t know what kind of legislation is going to come into place for essential businesses, what considered to be whether we are still deemed essential essential next week, we don’t know. So it’s really difficult to forecast where we’re going to be, although what I can say is based on all the research that I’ve done is that we can project for a steady decline. And I think being able to be prepared for the best of the worst case scenario, is where we’re trying to position ourselves. Right.

Qasim Virjee 5:33
How have you dealt with landlords in the last little while, have you been able to find a little bit of leeway or flexibility? Well,

Sameer Mohamed 5:42
we are the landlord is one of the locations our this location will be heard a lot about in Travis, our landlord is being very understanding he has deferred rent, we’re entertaining, the possibility of extending our lease term by tacking on the rent that is you this month, to the end of the term, just extend the term by x amount of months. It’s just a, it’s a tough battle, because I think landlords in the same space where they need to be able to pay their bills, right. So because this is not one of the big commercial units, and this is like an independently owned unit, we have to we have to deal with individuals that are facing the same same struggles that we’re having. So we have to be equally as understanding on the flip side and see if we can come to a compromise in between. So we’ve had a bit of a break with the landlords, and we’re just hoping that we can just maintain a good relationship and be able to continue it after all sudden.

Qasim Virjee 6:45
So coffee shops are typically very neighborhood focused businesses, you have three different ones that all kind of are along almost along the same corridor, east west corridor, same Street, in Downtown Toronto, what have you seen in the neighborhoods? And how are the neighborhood’s changed in the last few weeks, where Fahrenheit is?

Sameer Mohamed 7:05
Well, I mean, to point out the obvious is definitely less traffic on the streets. There’s, I think the visibility of Toronto’s homelessness is a lot more apparent. And I just feel like a lot of people are being very mindful, very respectful of each other’s space, when when they come into the shop, there’s usually if there’s a queue, it’s typically spaced out fairly evenly about two meters apart, where people respect each other’s space. And on a nice day, people will end up lining up outside with even distribution. And that’s without us having to say anything. We’ve haven’t faced an incident where we’ve actually had to ask anyone to keep their space or keep their distance or get out of the shop, because they they’ve they’ve come in someone else’s personal space, or they basically behave in a way that’s not acceptable in this particular time. Were frowned upon in this particular time. So.

Qasim Virjee 8:08
So how long are you expecting in your worst case model for your business? Things to either stay the same like this, or get better before they get worse? And what does better even look like? Do you think?

Sameer Mohamed 8:22
That’s a tough question that said, it’s a great question. In terms of worst case, scenario, or worst case scenario is tomorrow, the government decides that we’re not essential and then we get closed down. That’s our worst case scenario. Sales wise projections is difficult to tell it really is because we’re seeing certain certain days that we, we we think to ourselves, today is okay. You know, today’s Okay, tomorrow might be better. We’re just hoping for the best and praying for the best from day to day. So worst case, scenario, projection. I don’t know. It’s it’s really difficult to say, some of the habits that we’re noticing that what people may have is people becoming more respectful of people getting quite cooped up. And as a result, a coffee break is something that a lot of people feel like they need. In fact, a lot of our customers have been saying to us that they’re very grateful that we’re open because it gives them a little bit of an escape from their day to be able to interact with someone, someone other than the people that are interacting with on the phone, if they’re working from home. People who live on their own have no choice but to be on their own. So when they come into the shop, it’s a bit of social interaction. And people need that for the mental sanity. So it’s difficult to say what our projections might be. Just to summarize, and what worst case scenario best case scenario or how we hope to improve we just we just hope that we can continue to provide the services a weekend we continue pair of staff and that’s pretty much it. 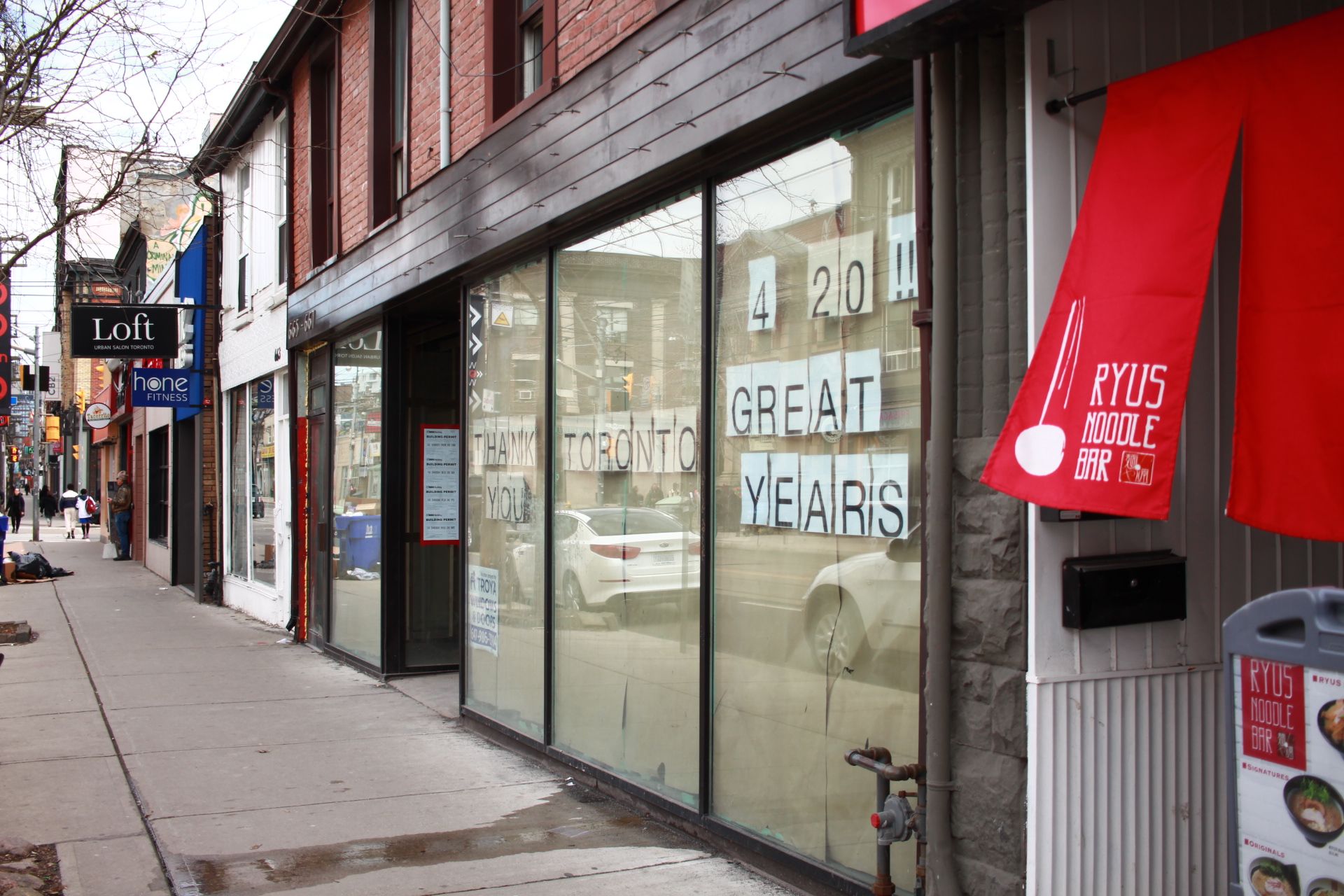 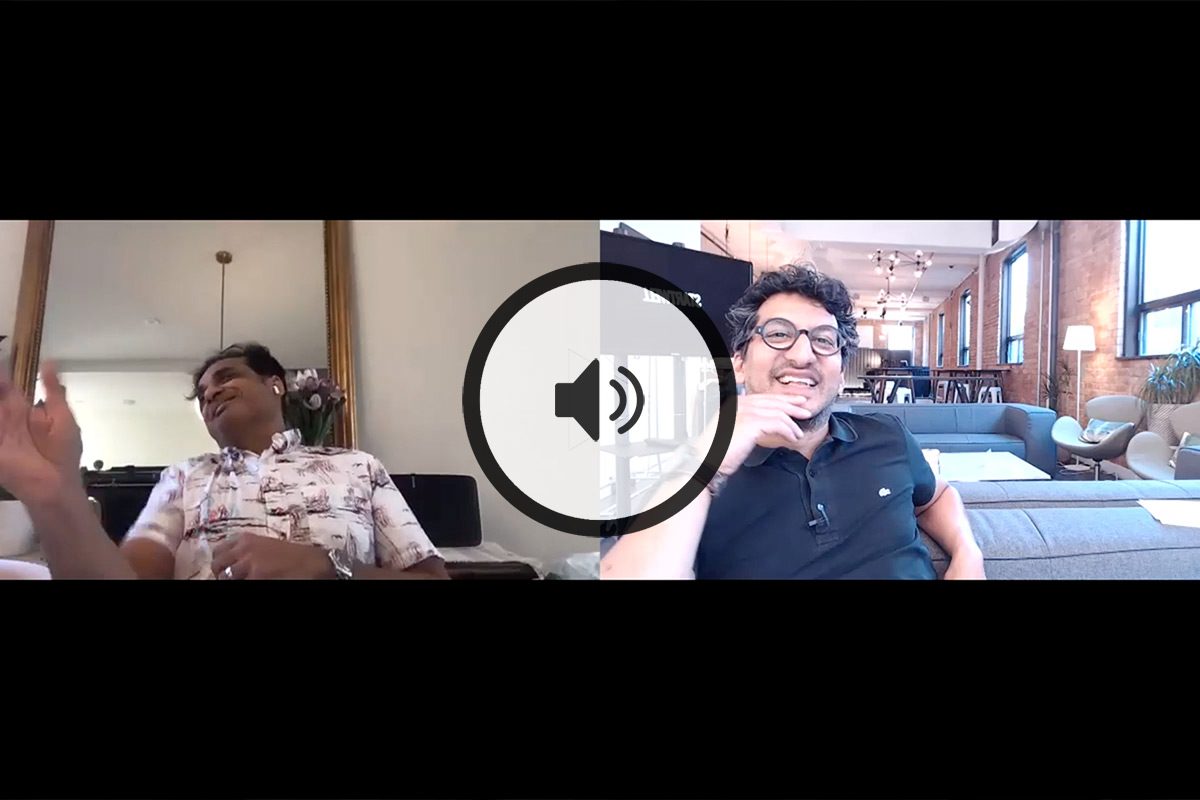 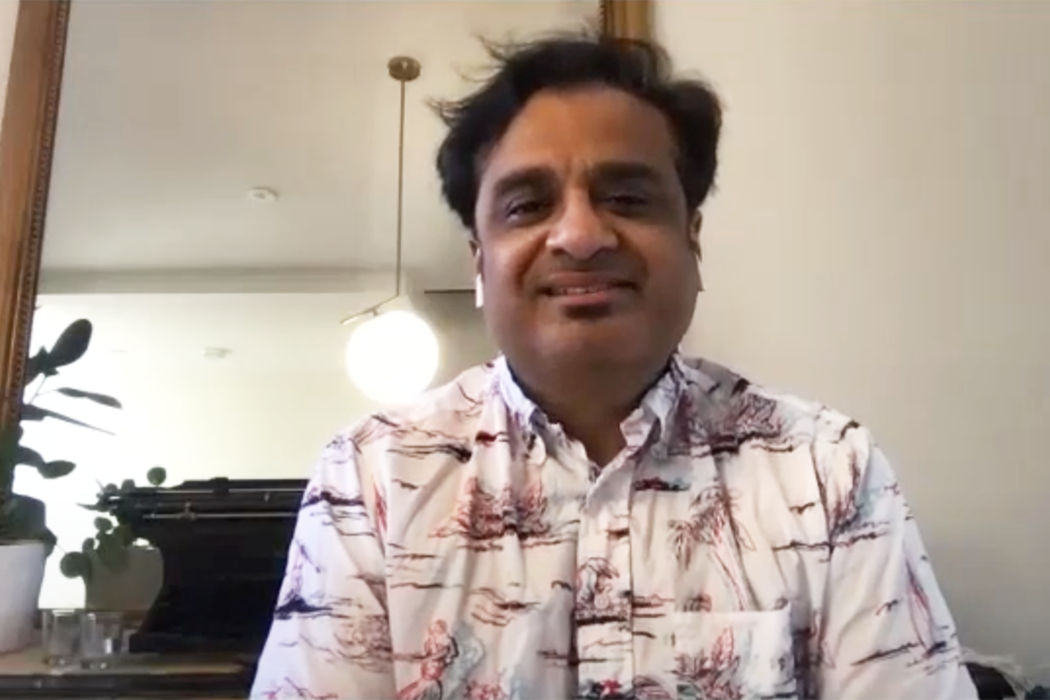 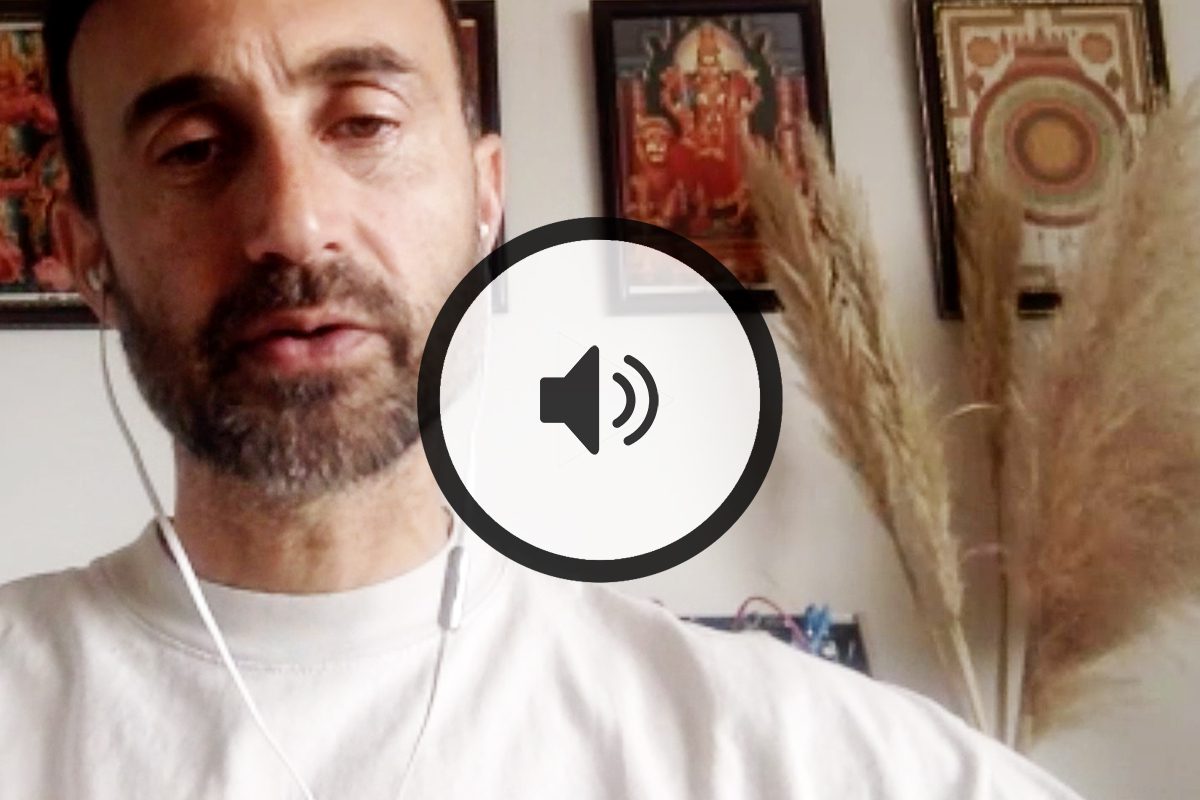 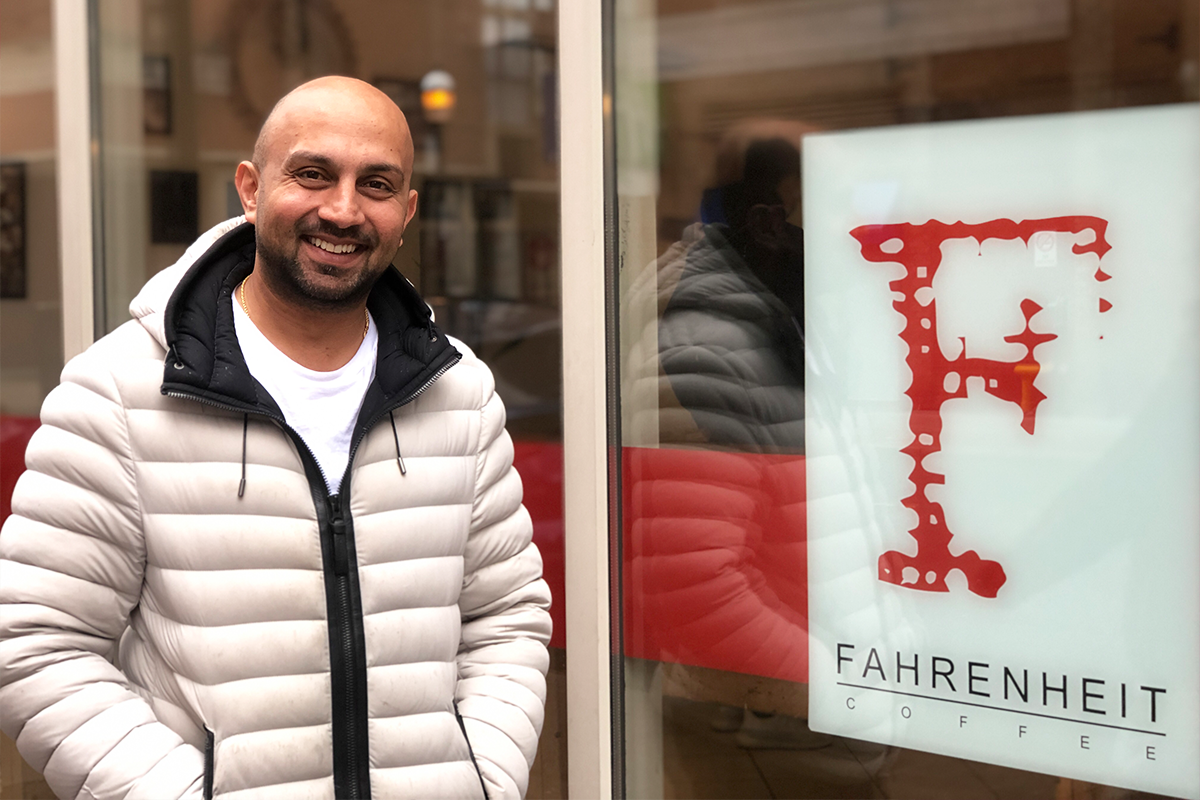 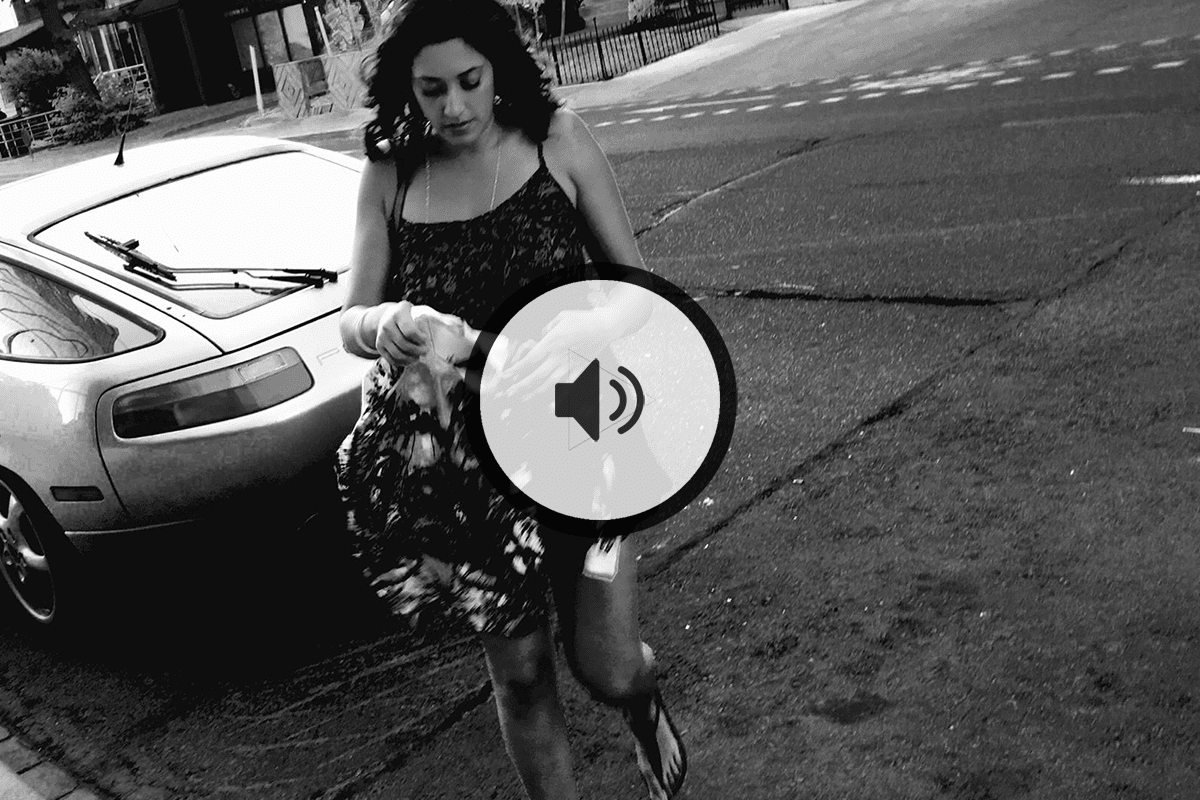 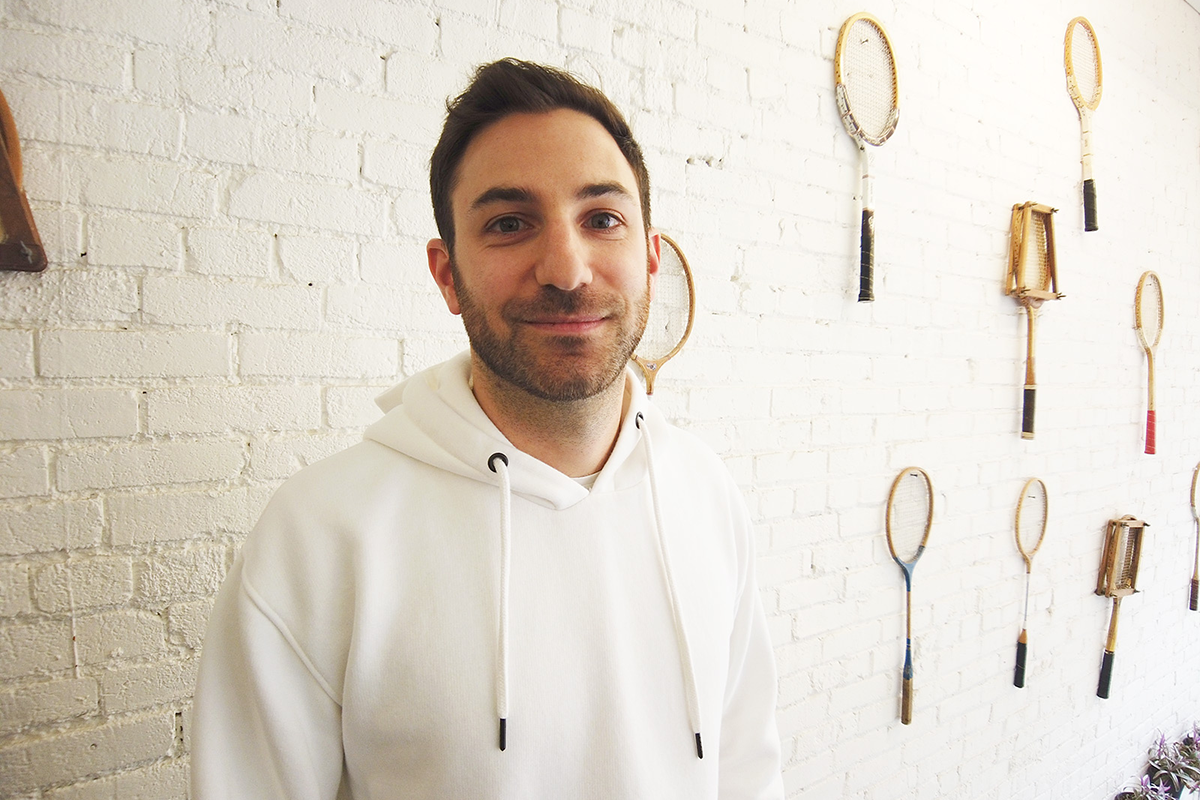